“Around 150 of the most powerful and influential globalists [i.e. World government advocates] quietly converged on the Danish capital on May 29, 2014 for the annual Bilderberg summit. The controversial meeting brought together much of the top echelon of the global establishment—bankers, royalty, military bosses, Internet titans, politicians, corporate chieftains, central bankers, academics, media bosses, intelligence officials, and more.” The New American, June 23, 2014, p. 8 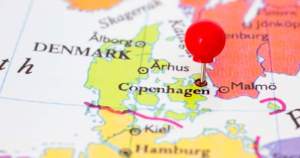 COPENHAGEN — A collection of around 150 of the most powerful and influential globalists is quietly converging on the Danish capital today for the annual Bilderberg summit this weekend to discuss your future. Despite the lack of attention from the mischaracterized “mainstream” press, the controversial meeting brings together much of the top echelon of the global establishment — bankers, royalty, military bosses, Internet titans, politicians, corporate chieftains, central bankers, academics, media bosses, intelligence officials, and more. Protesters and alternative media reporters are also descending on Copenhagen for the secretive confab.

While the shadowy gathering is off the record and rarely attracts much public scrutiny, Bilderberg attendees have in the past revealed that the self-appointed global elites make decisions there with far-reaching implications for humanity. From hatching the radical plot for a single currency in Europe to supercharging the careers of little-known politicians such as then-Arkansas Gov. Bill Clinton willing to do their bidding, anecdotal evidence and even statements from insiders suggest that the annual meetings play a crucial role in mapping out the globalist agenda. One attendee recently told the German publication Cicero that the Bilderberg meeting was more important than the much more well-known Davos summit.

As in past years, there will undoubtedly be other top globalists in attendance who are not listed — preferring to remain anonymous, perhaps, due to concerns about the Logan Act, which could make some Americans in attendance into felons. Still, the publicly available list includes a prominent roster of U.S. so-called “neo-conservatives;” the globalist pseudo-conservatives who plagued the world with the unconstitutional Iraq war and “pre-emptive” war doctrines. Also on the list are CEOs of some of the world’s top corporations and mega-banks such as Deutsche Bank, Goldman Sachs, TD Bank Group, the European Central Bank (ECB), and more. END_OF_DOCUMENT_TOKEN_TO_BE_REPLACED