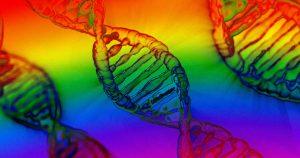 “Harvard and MIT Scientists: There is No Gay Gene.” Bill Muehlenberg

“There is no gay gene.” Paul R. McHugh

“And many homosexuals themselves reject the idea that homosexuality is genetically based.” Edward Stein

Editor’s Note:  Your editor wrote The Homosexual Revolution in 1977 and updated that study in 1984 entitled The Homosexual Revolution: A Look at the Preachers and Politicians Behind it.  C. S. Lewis summarizes the issue best:  “To the pervert, normal love [heterosexual], when it does not appear simply repulsive, appears at least at best a mere milk and water substitute for that ghastly world of impossible fantasies which have become to him the ‘real thing.’”

And there is still no ‘gay gene’.

This is a rule of thumb that you can take to the bank: Do not believe everything you read in the media. That is especially true of the mainstream media, with its blatant secular left bias on most political, religious and cultural issues. And we must also beware of misleading and patently false headlines.

Stories can be completely skewed just by a twisted headline. It happens all the time unfortunately. Consider one brand-new story making the rounds in the media. Based on the headlines, you would think that different news items are being covered. But in fact they are all discussing the same issue.

Consider these five recent headlines that all spoke to the exact same story:

These first two headlines seem to be making one clear case: Yes there is a homosexual gene! It is only after reading further in the articles that you will learn otherwise. Now check out these three headlines:

“No single gene associated with being gay” www.bbc.com/news/health-49484490

“Harvard and MIT Scientists: There Is No Gay Gene” www.afa.net/the-stand/culture/2019/08/harvard-and-mit-scientists-there-is-no-gay-gene/

As can be seen, the truth of this story all depends on what spin you want to put on it, and even what title you want to use! Those last three headlines certainly offer a far different take on the story than the first two. So let me spend a few minutes trying to lay out just what the story is all about.

An international team of researchers examined almost a half million people (470,000) to see if genetic markers could be associated with homosexual sex. This study was published in the August 30, 2019 edition of Science and is entitled, “How do genes affect same-sex behavior?”

Consider this key finding of the researchers: “Although they did find particular genetic loci associated with same-sex behavior, when they combine the effects of these loci together into one comprehensive score, the effects are so small (under 1%) that this genetic score cannot in any way be used to predict same-sex sexual behavior of an individual.”

The article finishes this way: “Future work should investigate how genetic predispositions are altered by environmental factors, with this study highlighting the need for a multidisciplinary sociogenomic approach.” science.sciencemag.org/content/365/6456/869

With all this in mind, let me offer three quotes from the BBC article that I linked to above. Associate professor in the Analytic and Translational Genetics Unit at Massachusetts General Hospital, Ben Neale said this “There is no single gay gene, and a genetic test for if you’re going to have a same-sex relationship is not going to work. It’s effectively impossible to predict an individual’s sexual behavior from their genome.”

And honorary professor at the UCL Genetics Institute at the University College London, David Curtis put it this way: “This study clearly shows that there is no such thing as a ‘gay gene.’ There is no genetic variant in the population which has any substantial effect on sexual orientation.”

Even homosexual groups have had to admit this. Zeke Stokes of the pro-homosexual organisation GLAAD, said: “This new research re-confirms the long-established understanding that there is no conclusive degree to which nature or nurture influence how a gay or lesbian person behaves.”

All this lines up with what has been said for decades now. Despite what many homosexual activists and their sycophantic supporters in the MSM try to tell you, homosexuality is not just the result of one’s genes. Many authorities have been saying this over the years.

For example, three years ago one world authority on human sexuality, Dr. Paul R. McHugh, the Distinguished Service Professor of Psychiatry at Johns Hopkins University, said quite clearly that “there is no gay gene.” www.cnsnews.com/blog/michael-w-chapman/johns-hopkins-psychiatrist-there-no-gay-gene

I quoted a number of other experts on this matter in my 2011 book, Strained Relations. Let me offer a quote from that book:

Homosexual activists continue to insist that homosexuality is genetically based, and nothing can be done about it. Science, again, begs to differ. One person who should know is Oxford’s Richard Dawkins, author of The Selfish Gene. Dawkins argues that “the body of genetic determinism needs to be laid to rest.” Says Dawkins, “Whether you hate homosexuals or whether you love them, whether you want to lock them up or ‘cure’ them, your reasons had better have nothing to do with genes. Rather admit to prejudiced emotion than speciously drag genes in where they do not belong.” 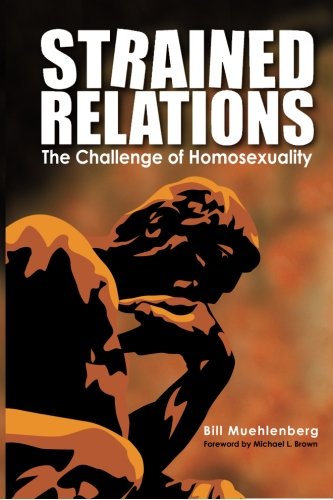 that “genetic determinism” is a fallacy. One distinguished Harvard University professor, Dr. Ruth Hubbard, recently wrote a book denouncing genetic determinism. One summary of the issue concluded by saying that scientists are coming to realize one truth at least: “DNA is not destiny”. And the two men most responsible for the humane genome project, Francis Collins and Craig Venter, have both argued that their discoveries imply the end of genetic determinism. Their discoveries about the human genome have made any simplistic statements about one or two genes predisposing someone to complex behaviors such as gayness or schizophrenia appear untenable.

In an article in Science magazine Charles Mann said this: “Time and time again, scientists have claimed that particular genes or chromosomal regions are associated with behavioral traits, only to withdraw their findings when they were not replicated. ‘Unfortunately,’ says Yale’s [Dr. Joel] Gelernter, ‘it’s hard to come up with many’ findings linking specific genes to complex human behaviors that have been replicated. ‘…All were announced with great fanfare; all were greeted unskeptically in the popular press; all are now in disrepute’.”

And many homosexuals themselves reject the idea that homosexuality is genetically based. Many could be cited here. Let me mention a few. Homosexual activist Edward Stein has penned an entire book on the issue. This is what he has to say:

“Genes in themselves cannot directly specify any behaviour or psychological phenomenon. Instead, genes direct a particular pattern of RNA synthesis, which in turn may influence the development of psychological dispositions and the expression of behaviors. There are necessarily many intervening pathways between a gene and a disposition or behaviour, and even more intervening variables between a gene and a pattern that involves both thinking and behaving. The terms ‘gay gene’ and ‘homosexual gene’ are, therefore without meaning. . . . No one has presented evidence in support of such a simple and direct link between genes and sexual orientation.”

An Australian homosexual activist has said similar things about homosexuality and genetics: “I think the idea that sexuality is genetic is crap. There is absolutely no evidence for it at the moment, and I think it is unhealthy that people want to embrace this idea. It does reflect a desire to say, ‘it’s not our fault’, as a way of deflecting our critics. We have achieved what we have achieved by defiance, not by concessions. I think we should be recruiting people to homosexuality. It’s a great lifestyle and something everybody should have the right to experience. If you believe it’s genetic, how are you going to make the effort?” Or as he put it elsewhere: “On the question of recruiting to homosexuality – well, of course, I am in favor of this. I believe homosexuality to be a perfectly valid lifestyle choice. . . . I am naturally keen to encourage people to participate in [the gay lifestyle].”

See my book for many more such quotes, and for full documentation on all this. The moral of the story is simple: don’t believe everything you find in the media, especially when it comes to hot potato issues like homosexuality.