“The Communist Manifestooutlined ten ideas, a sort of ‘Ten Commandments,’ that serve in some ways as a series of steps by which society can be transitioned to communism. 1. Abolition of property in land and application of all rents of land to public purposes…2. A heavy progressive or graduated income tax…Myers/Noebel, Understanding TheTimes, p. 103.

Editor’s Note:  Socialism is the economics of Communism.  Communism is the worldview that entails a theology (atheism), philosophy (dialectical materialism), ethics (proletariat), economics (socialism) etc.  The essence of socialism is the abolition of private property.  To arrive at such an abolition requires murdering the landowners or taxing such owners until they give up.  Communists have murdered millions of such owners.  See Stephane Courtois, et. al. The Black Book of Communism: Crimes, Terror, Repression(Harvard University Press).

My great-grandfather wasn’t a wealthy man, but he was relatively well-to-do by the standard of his time. He lived in a small village on the east coast of China where everyone was related to everyone else. In an old photo, he looked handsome and scholarly. He hoped one day to become a government official. Unfortunately, the imperial court ceased to exist when rebels forced the last Qing emperor to abdicate in 1912. With no court to serve, he became a wheat farmer. 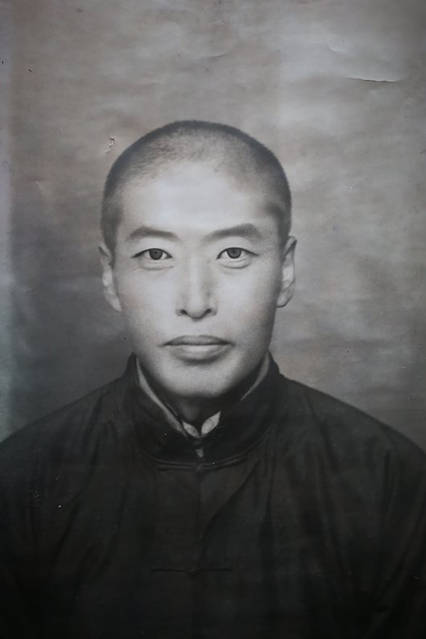 After the Communist Party took over in 1949, it pushed for “land reform” to win the support of the country’s 300 million landless peasants. The Party claimed landowners were class enemies and exploiters of the poor, and that unequal land ownership was the main cause of social injustice.

Though many villagers shared similar economic conditions, a government worker came to my great-grandfather’s village and divided everyone into five classes: landlords, rich peasants, middle peasants, poor peasants and laborers. Then a work team organized “speak bitterness” struggle sessions so the poor could vent their frustration against the “rich.”

At first, villagers hesitated to speak ill of one another, especially their kin, in public. But the work team was good at stirring up envy and greed and inflaming hatred toward any villager who owned property. My great-grandfather often had to stand in front of the village with his head bent, listening to his neighbors and relatives accuse him of wrongdoings that were grossly exaggerated or plain false.

Throughout China, landlords and rich farmers were rounded up and executed or sent to labor camps. Local governments confiscated their property and redistributed it to landless and impoverished farmers. My great-grandfather’s life was spared, but neighbors didn’t hesitate to take his land, cattle and even farming tools away from him. He became a landless farmer overnight.

The poor farmers didn’t come out ahead for long. In 1953 the Chinese government started a movement to collectivize agriculture. The land that had been handed to poor farmers was gradually returned to the state. By 1958 there was no private land ownership. Private farming was prohibited. Farmers were required to sell their produce to the government at fixed prices; no private sales were allowed. Farmers couldn’t choose which crops to grow. They had to follow the orders of local Communist leaders, many of whom didn’t know much about farming. Crops perished and millions of people starved.

My great-grandfather never stopped farming the land, even though he no longer held the deed to it. He went to the field until the day he died in 1988 at 88. His final wish was to be buried near his ancestors on the land he once owned. But since our ancestral grave plot had been turned into government farmland, we had to lay him to rest in a faraway public cemetery.

A few years later, I immigrated to the U.S. My great-grandfather’s plight and China’s history have cemented my belief that socialism is evil and I was lucky to escape it. Yet nowadays, I sometimes feel as if I’m back where I came from. I want to scream every time I hear the American left’s eerily familiar slogans: “Make the rich pay their fair share,” “Level the playing field,” “You didn’t build that.” This is the same sort of rhetoric the Chinese Communist Party used against landowners like my great-grandfather. The policies advanced by that rhetoric ruined China’s economy along with millions of lives.

The American left offers nothing new. Socialism always begins with a great promise and ends in disaster. It has failed every time and everywhere it was tried. Let’s not throw away American prosperity so that a few leftists can give it another go.

Ms. Raleigh is a senior contributor to the Federalist and author of “Confucius Never Said.”