“In the 1970s, as Aptheker taught at Bryn Mawr, another Stalinist, Frank Marshall Davis, was mentoring a further president.” Lloyd Billingsley

After U.S. recognition of the USSR in 1933, the Communist Party USA made significant gains in America. Many left the Party after Stalin’s show-trials and purges of the mid-1930s, and many others after the Stalin-Hitler Pact of 1939. By contrast, the American Herbert Aptheker joined the Communist Party “virtually because of it,” explains his former research assistant, friend, and comrade Anthony Flood.

Four years before the Nazi-Soviet Pact, Aptheker approved when Stalin shipped oil to Mussolini to aid the fascist dictator’s invasion of Ethiopia, and that drove some African Americans out of the Communist Party. After the war, Aptheker denied the anti-Semitism of the 1952 Slansky trials in Czechoslovakia, which prompted even Party faithful to depart.

Others left the Communist Party in 1956 after Khrushchev partially confirmed Stalin’s mass atrocities that had long been part of the historical record to all but the willfully blind. Still others abandoned the Party that same year, when the USSR crushed a rebellion in Hungary. For his part, Pact-Man Herbert Aptheker championed the Soviet invasion in The Truth About Hungary, a book he defended as late as 2001. And there were no rebellions in North Korea, Aptheker also wrote, because in the Communist dictatorship “the people rule.” END_OF_DOCUMENT_TOKEN_TO_BE_REPLACED

The Fall of Constantinople

“Had the Saracens [Muslims] captured Constantinople in the seventh century rather than the fifteenth, all Europe—and America—might be Muslim today.” John Julius Norwich

Of all of Islam’s conquests of Christian territory, the most symbolically significant occurred today, on May 20, 1453, when Constantinople fell.  For not only was “New Rome” a living and direct extension of the ancient Roman Empire and current capital of the Christian Roman Empire (or Byzantium), but its cyclopean walls had prevented Islam from entering Europe through its eastern doorway for the previous seven centuries.

On becoming Ottoman sultan, Mehmet, or Muhammad II (b. 1432, r. 1451-1481) — “the mortal enemy of the Christians,” to quote a contemporary prelate — made ready for war.  Throughout the spring of 1453 the city watched helplessly as his forces made their way to and surrounded Constantinople by land and sea. One contemporary remarked that Muhammad’s “army seemed as numberless as grains of sand, spread… across the land from shore to shore.” In the end, some one hundred thousand fighters came.

Muhammad commenced bombardment on April 6. Although he tried to go over, through, and under the walls, he made little headway.  Some six weeks after he had started pummeling Constantinople, he was no nearer his goal.

So he assembled and exhorted his men for one last-ditch effort: “As it happens in all battles, some of you will die, as it is decreed by fate for each man,” he began. “Recall the promises of our Prophet concerning fallen warriors in the Koran: the man who dies in combat shall be transported bodily to Paradise and shall dine with Mohammed in the presence of women, handsome boys, and virgins.” END_OF_DOCUMENT_TOKEN_TO_BE_REPLACED

“For by grace you are saved through faith, and this is not from yourselves; it is God’s gift—not from works, so that no one can boast.  For we are His creation—created in Christ Jesus for good works, which God prepared ahead of time so that we should walk in them.” Ephesians 2 :8-10

Editor’s note:  That fact that The Wall Street Journal printed this article is worthy of discussion.  For those interested in the discussion raised by the New Perspective let me suggest you read the rest of the chapter—Ephesians 2:11-22.

“For by grace are ye saved through faith,” the Apostle Paul wrote to the Ephesians, “and that not of yourselves: it is the gift of God: not of works, lest any man should boast.” This and related Pauline assertions were central to the 16th-century Reformation, and they remain integral to the self-understanding of Protestants around the world. That self-understanding has been challenged over the past three or four decades, owing to a dispute over a single word: “works.”

The Protestant Reformers applied Paul’s denunciations of works-based righteousness directly to late-medieval Catholicism’s use of other good works to merit salvation: indulgences, prayers, sacraments, pilgrimages. The Protestants insisted that salvation is entirely a gift of God, received by faith. Even faith is part of the gift. Good works are the proper response to that gift but contribute nothing to its attainment. This served as the Protestant doctrine of “justification” for half a millennium. 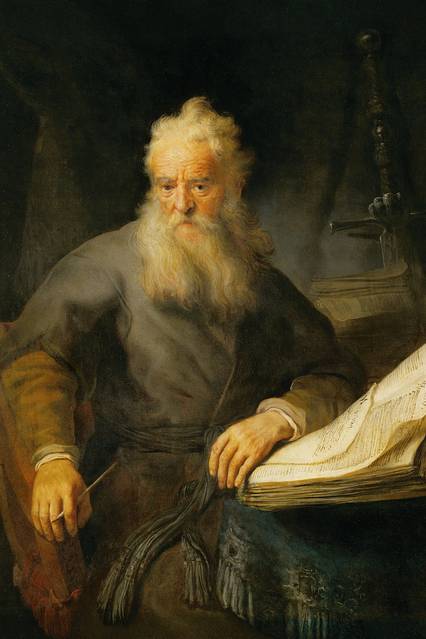 Beginning in the late 1970s and ’80s, a coterie of loosely Protestant biblical scholars have insisted that the Reformers got justification wrong. Their view, called the New Perspective on Paul, is associated most closely with James D.G. Dunn, E.P. Sanders and N.T. Wright. (The first two are skeptical of the Bible’s historical veracity; the last is a liberal evangelical.) These scholars begin with the contention that the Protestant reformers mistakenly read 16th-century debates about grace and works into the writings of Paul

When Paul insisted that no man is justified by “works” or “works of the law,” they insist, he wasn’t criticizing the Judaism of his day as a legalistic or works-based system of earning divine favor. Why not? Because Second Temple Judaism—the Judaic faith from roughly six centuries before Christ to the destruction of the Second Temple in 70 A.D.—was never the sort of crassly works-oriented religion the early Protestants wrongly assumed Paul was inveighing against.