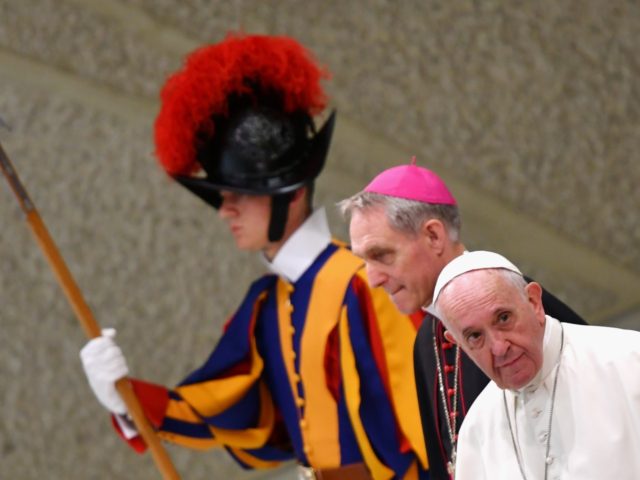 “Instead, a ‘gay mafia’ among the bishops, seeking to protect themselves, was ‘sabotaging all efforts at reform.’” Thomas D. Williams

In an extensive interview, snippets of which were published Monday, Archbishop Carlo Maria Viganò said that the sexual abuse crisis would be “far less severe” if the “problem of homosexuality in the priesthood were honestly acknowledged and properly addressed.”

“Given the overwhelming evidence, it is mind-boggling that the word ‘homosexuality’ has not appeared once, in any of the recent official documents of the Holy See” dealing with clerical sexual abuse, Viganò told the Post.

Instead, a “gay mafia” among the bishops, seeking to protect themselves, was “sabotaging all efforts at reform,” he said.

Late last August, Archbishop Viganò released a shocking 11-page report declaring that in 2013 he had personally informed Pope Francis of the serial homosexual abuse of then-Cardinal Theodore McCarrick, but that the pope had ignored the information, elevating McCarrick to a position of influence in the Vatican.

In that report, Viganò linked the clerical sex abuse crisis as well as coverups by bishops to an extensive “homosexual network” in the Church.

“These homosexual networks, which are now widespread in many dioceses, seminaries, religious orders, etc., act under the concealment of secrecy and lies,” he said, “and strangle innocent victims and priestly vocations, and are strangling the entire Church.”

In his allegation, the archbishop did not shy away from naming names.

According to Viganò, Cardinal Francesco Coccopalmerio and Archbishop Vincenzo Paglia, for example, “belong to the homosexual current in favor of subverting Catholic doctrine on homosexuality.”

In January 2015, Pope Francis appointed Cardinal Coccopalmerio as head of a review board for appeals from clergy found guilty of sexual abuse of minors. In August 2016, the pope named Archbishop Paglia President of the Pontifical Academy for Life and Grand Chancellor of the Pontifical John Paul II Institute for Studies on Marriage and Family.

Many of the pope’s allegedly mistaken appointments were made on the basis of McCarrick’s recommendations, Viganò asserted.

“He followed the advice of someone he knew well to be a pervert, thus multiplying exponentially with his supreme authority the evil done by McCarrick. And how many other evil pastors is Francis still continuing to prop up in their active destruction of the Church!” he said.