“What I could not forget was their anger and pointed red hats. These students professed to know better than their own professors.” Herb London

“The age of the Red Hat has reappeared and with it has come a level of predestined anger.” Ibid

The age of the red hats

Thirty years ago, I found myself on the Kowloon ferry, facing several menacing men carrying four batons.  Avoiding an encounter, I moved as fast as I could, ignoring these young men, who continued their angry rants.

What I could not forget was their anger and pointed red hats.  These students professed to know better than their own professors.  They were the Red Guards, the self-arrogated defenders of puerile Marxism.  They were intolerant and belligerent.  They also had an edge.  Those who challenged that vision could be imprisoned even without a trial, and families could be forced into harsh labor.

Now we have the red pointed hats for the 2010s.  Groups such as Black Lives Matter believe that only their will is correct.  The hardcore left has checked off all debate.  It is not as if evidence has been established to reinforce a claim.  Evidence is irrelevant in a commitment to an idea.  Anger is justifying this position; in fact, the Lenins of our time believe it’s in the national interest to promote anger.

Clearly, there were Lenins before Lenin, but this was a constitutional republic predicated on a Burkean understanding of consensus and stability.  The Founders of this republic could not possibly have assumed a coup d’état with elites wearing their pink hats or their metaphorical pointed red ones.  The age of the red hat has reappeared, and with it has come a level of predestined anger.

In my judgment, this republic cannot survive this attack.  We will be a different state or have no state at all.  President Trump rightly concludes that it is a weary time to be a guy in the U.S.  “Men are now guilty till proven innocent.”

This Kavanaugh case has left America in shambles.  Partisanship has reached new heights, and congressmen are insulted and abused.  The university is a mere incubator for emerging hardcore leftist views.  Yes, there are still stalwarts who stand behind rational positions, but they are seemingly in an alarming minority.

For several years, the Chinese pointed red hats ruled the roost.  In a China dominated by party control, this could not last.  In an economic takeoff stage, the Chinese authorities could not permit the ravings of a new class.

Will Chinese precedent influence American opinion?  Red hats are the first sign.  They don’t wear them at Georgetown, Harvard, or Yale yet, but based on “course corrections,” it is only a matter of a short time before American history programs fall into the interstices of radical sentiment.

This is indeed a moment unlike any other.  Hence, reliance on precedent is probably a utopian future.  Anger has reached an unknown precipice, and with it comes bombs from the red hats.  Clear the decks; one doesn’t know what comes next, but it cannot be good.

After 35 years in university life, I didn’t think it would all come to anarchy.  I was wrong then and am pessimistic about the future.  Ladies, return those strange pink hats for the red ones, now selling at a premium. 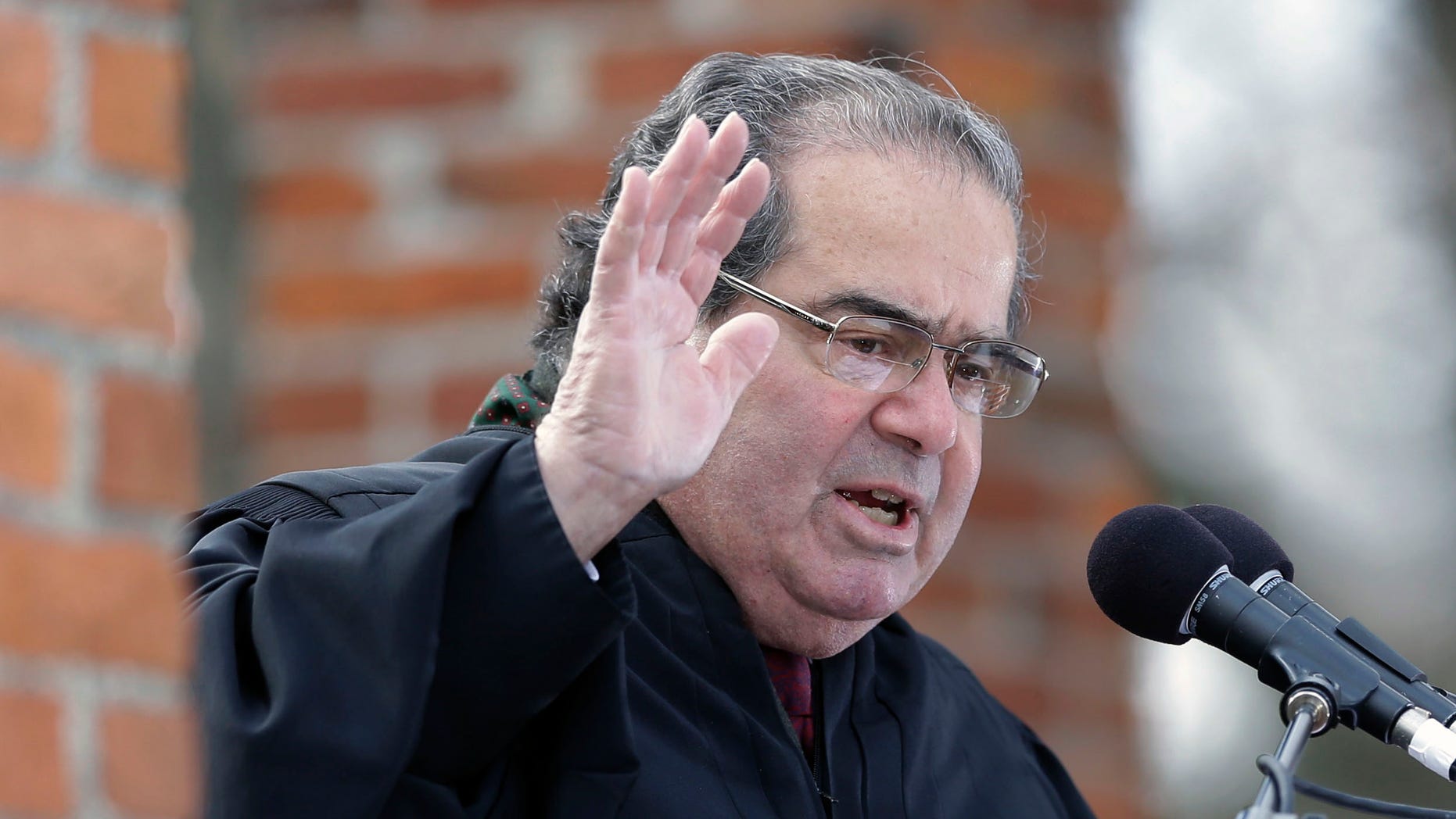 “Many debates and compromises that should have occurred in the political realm have been short-circuited by the judicial branch for decades.” Christopher J. Scalia

“One way to help our judicial confirmation battles less polarizing, then, would be for judges to return to the more limited role they had held for most of our nation’s history.” Ibid

Would he have been surprised by the heated debate, political maneuvers, protests, last-minute delays and uncorroborated allegations of sexual misconduct that we saw during now-Justice Kavanaugh’s confirmation process?

Although I don’t think my father (or anyone) could have predicted the twists and turns of the past several weeks, I don’t think he would have been shocked by the no-holds-barred fight over a Supreme Court vacancy, either. He long ago warned Americans about the excessive intrusion of politics into the judicial appointment process. And he explained that a large share of the blame belongs to the justices themselves.

My father believed that a major reason the judicial confirmation process has become so heated is that federal judges too often exceed the role envisioned by our nation’s founders and usurp the power of elected representatives.

Alexander Hamilton famously argued “that the judiciary is beyond comparison the weakest of the three departments of power” and that “the general liberty of the people can never be endangered from” the judicial branch. END_OF_DOCUMENT_TOKEN_TO_BE_REPLACED

“So for many, the question remains: how did such an incurable doofus, sadist and epic idiot attain such iconic status?” Humberto Fontova

The real story of a sadistic charlatan and mass executioner.

Fifty-one years-ago this week, Ernesto “Che” Guevara got a major dose of his own medicine. Without trial, he was declared a murderer, stood against a wall, and shot. If the saying “What goes around comes around” ever fit, it’s here.

“When you saw the beaming look on Che’s face as his victims were tied to the stake and blasted apart by the firing squad,” said a former Cuban political prisoner to this writer, “you saw there was something seriously, seriously wrong with Che Guevara.”

As commander of the La Cabana execution yard, Che often shattered the skull of the condemned man (or boy) by firing the coup de grace himself. When other duties tore him away from his beloved execution yard, he consoled himself by viewing the slaughter. Che’s second-story office in La Cabana had a section of wall torn out so he could watch and savor his firing-squads at work.

Even as a youth, Ernesto Guevara’s writings revealed a serious malevolence. This passage is from Ernesto Guevara’s famous The Motorcycle Diaries: “My nostrils dilate while savoring the acrid odor of gunpowder and blood. Crazy with fury I will stain my rifle red while slaughtering any vencido that falls in my hands! With the deaths of my enemies I prepare my being for the sacred fight and join the triumphant proletariat with a bestial howl!”.  Robert Redford somehow overlooked it while producing a screenplay based on Guevara’s memoir. END_OF_DOCUMENT_TOKEN_TO_BE_REPLACED