“There needs to be a Catholic Spring…in which Catholics themselves demand the end of a middle ages dictatorship and the beginning of a little democracy and respect for gender equality in the Catholic church.” Sandy Newman

“John Podesta and his allies created them [Catholics in Alliance for the Common Good, etc.] to subvert the church’s teachings and witness—produce the rebellion—not advance them. The groups are progressive [liberals on steroids] and Democrat—not Catholic.” Robert P. George 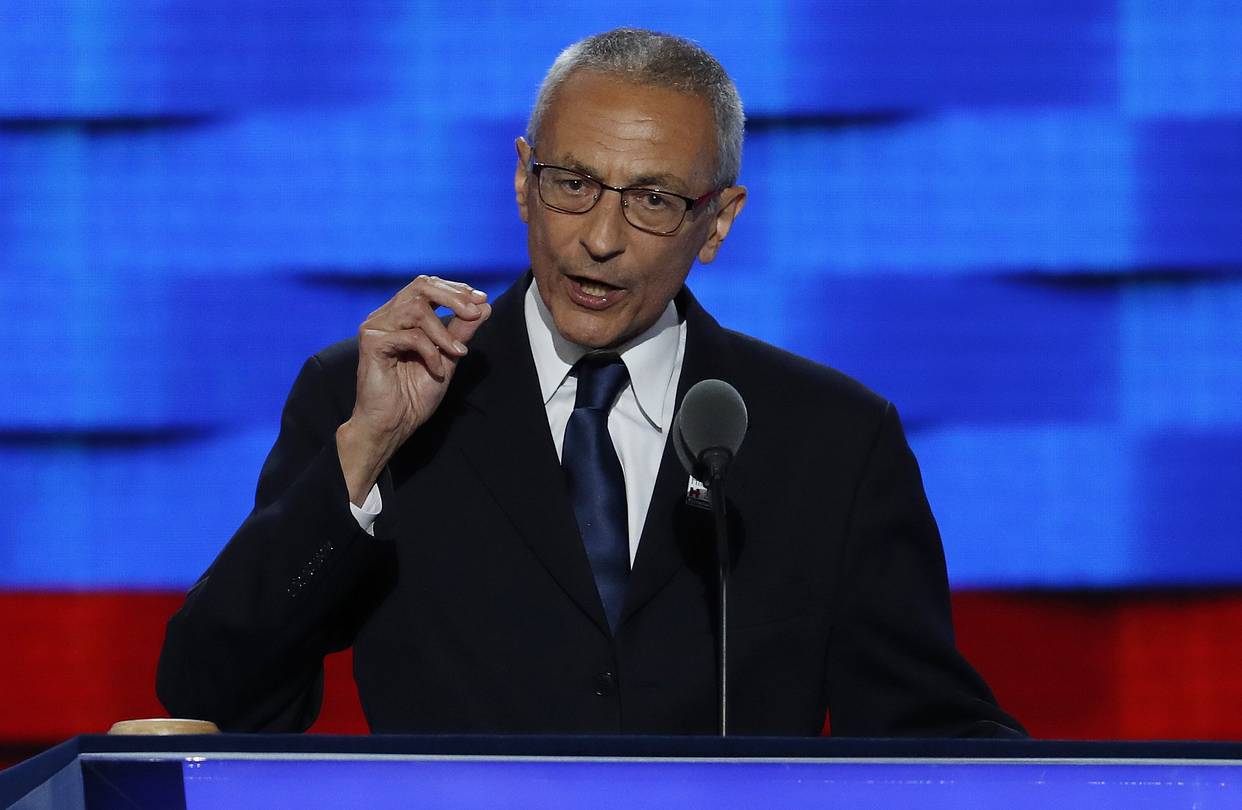 Arthur Schlesinger Sr. said that anti-Catholicism is “the deepest bias in the history of the American people.” I don’t know if that’s true anymore, as I don’t run into much anti-Catholicism from ordinary Americans.

Yet I can’t say I’m surprised by the noxious anti-Catholic bigotry contained in emails exchanged between leading progressives, Democrats and Hillary Clinton operatives. These WikiLeaks-published emails confirm what has been evident for years. Many elites, having embraced secular progressivism as not merely a political view but a religion, loathe traditional faiths that refuse to yield to its dogmas.

John Halpin of the Center for American Progress, writing in 2011 to Democrat bigwig John Podesta, was exercised over the fact that Rupert Murdoch and Robert Thomson, then-managing editor of The Wall Street Journal, “are raising their kids Catholic.” The horror

“Friggin’ Murdoch,” Mr. Halpin went on, “baptized his kids in Jordan where John the Baptist baptized Jesus.” He evidently has a problem with Mr. Murdoch wanting his kids to be baptized where Jesus was. But Halpin’s complaint went further: “Many of the most powerful elements of the conservative movement are all Catholic (many converts) from the [Supreme Court] and think tanks to the media and social groups.”

Mr. Halpin also offers his half-baked theory of what draws people to Catholicism. “They must be attracted to the systematic thought and the severely backwards gender relations.” Surely something must be done about those backward Catholics.

Mr. Halpin, in another message, this one to his Center for American Progress colleague Jennifer Palmieri, continues the tirade: “They can throw around ‘Thomistic’ thought and ‘subsidiarity’ and sound sophisticated because no one knows what the hell they are talking about.”

Thus does Mr. Halpin dismiss what Cornel West, a man of the left but one who is admirably critical of anti-Catholicism, describes as “a deep and powerful tradition of thought.” Mr. Halpin also tosses aside an idea, subsidiarity, that Catholic and non-Catholic political theorists have long found compelling. Though it isn’t shocking that progressives are threatened by a principle of decentralization which posits that decisions should be made where possible by non-governmental institutions of civil society or local rather than central governments.

Ms. Palmieri wrote, “I imagine they think it is the most socially acceptable politically conservative religion. Their rich friends wouldn’t understand if they became evangelicals.” Apparently it is inconceivable that people become or remain Catholics from honest reflection. The contempt Mr. Halpin and Ms. Palmieri exhibit for faithful Catholics is matched only by their loathing for the faith itself—and perhaps their maligning of evangelicals as uncouth bumpkins.

But what about Mr. Podesta, the Clinton campaign chairman and himself a Catholic? Another email went to him, this one from Sandy Newman, founder and president of the liberal activist group Voices for Progress. “There needs to be a Catholic Spring,” the non-Catholic Mr. Newman ordered, “in which Catholics themselves demand the end of a middle ages dictatorship and the beginning of a little democracy and respect for gender equality in the Catholic church.”

Was Mr. Podesta offended by Mr. Newman’s effrontery? Did he rise to defend the honor of the faith he professes to hold? Did he protest the proposal to subvert its teachings? To instigate a rebellion for political reasons?

Mr. Podesta endorses the suggestion and even assures him that organizations bearing the name “Catholic” (but, of course, unapproved by the church and outside its authority) have been created. He claims that the “Catholic Spring” Mr. Newman has called for is already being planned, though it’s not quite ready for execution:

“We created Catholics in Alliance for the Common Good to organize for a moment like this. But I think it lacks the leadership to do so now. Likewise Catholics United. Like most Spring movements, I think this one will have to be bottom up.” Mr. Podesta and his associates had already set up and funded the front groups to foment the rebellion that they hoped would whip the Catholic Church into line.

Speaking to a trusted colleague, Mr. Podesta felt no need to hide the fact that these groups are political operations constructed to masquerade as organizations devoted to the Catholic faith. He and his allies created them to subvert the church’s teachings and witness—produce the rebellion—not advance them. The groups are progressive and Democrat—not Catholic.

Where do you suppose Mr. Podesta and his friends went to get the money to fund the phony “Catholic” groups? The Catholic League for Civil and Religious Rights discovered, to no one’s surprised, that the effort was backed by progressive billionaire George Soros, another non-Catholic.

The bigotry on display in the emails is that of people who claim to perceive bigotry everywhere, even where it does not exist. Some on the left have perfected the technique of smearing their political opponents by dismissing dissent from the dogmas of secular progressive ideology—on, say, abortion or marriage—as bigotry. This tactic has only bred more hatred toward traditions of faith that uphold traditional moral values, such as Catholicism, evangelical Protestantism, Eastern Orthodoxy, Mormonism and Orthodox Judaism.

Neither presidential candidate has an admirable record of respect for religion. Mr. Trump has been rightly called out for whom he associates with, and Mrs. Clinton should be held to the same standard.

She vowed in the second presidential debate “to be the president for all Americans,” regardless of politics or religion. Given her closest advisers’ animus toward faithful Catholics and evangelicals, millions of Americans ought to be skeptical—especially if they’re unwilling to put politics before faith and common decency.

Mr. George, a professor of jurisprudence at Princeton University, was chairman of the U.S. Commission on International Religious Freedom (2013-14 and 2015-16).